Manipulating Light and Matter at the Nanoscale 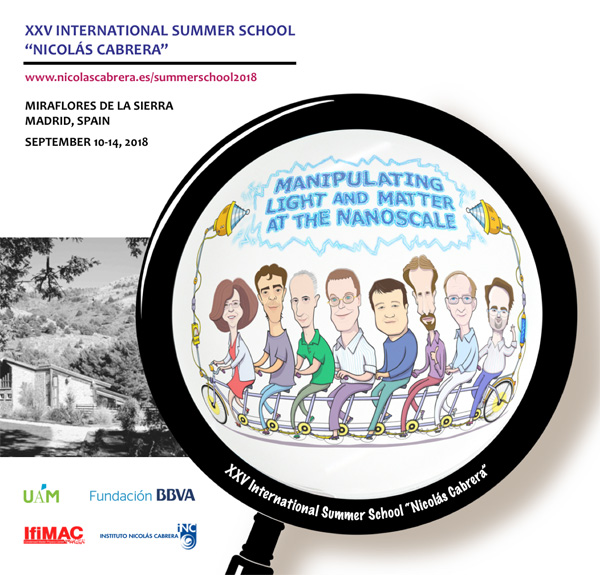 A big thanks to all the attendants and speakers who made the school a success! The recorded talks are now available on YouTube.
Here are the group photos (courtesy of the BBVA Foundation): 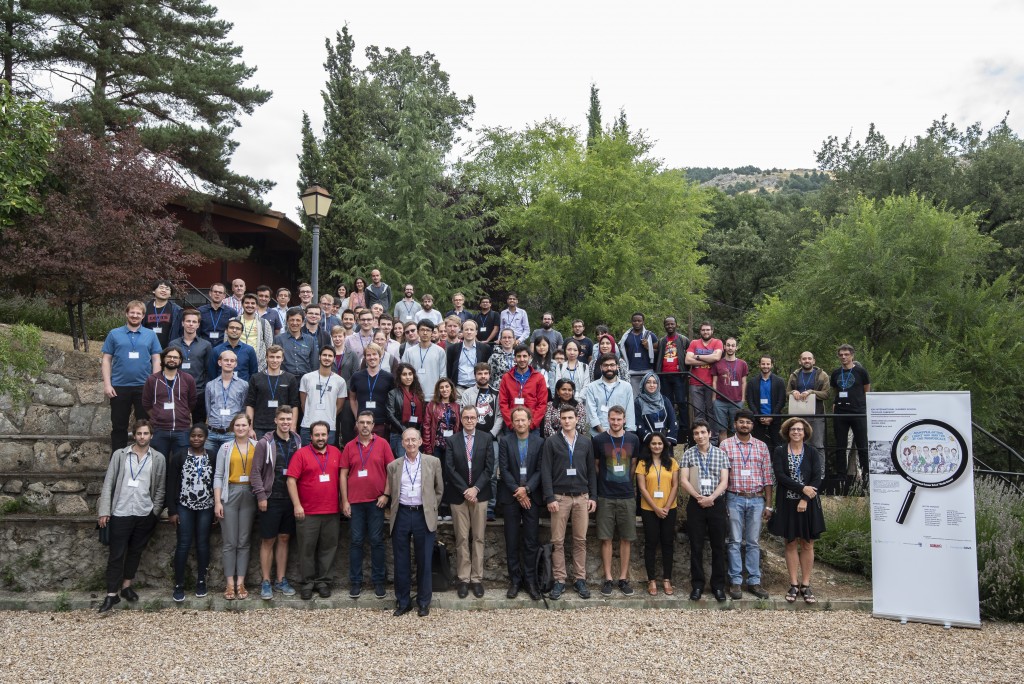 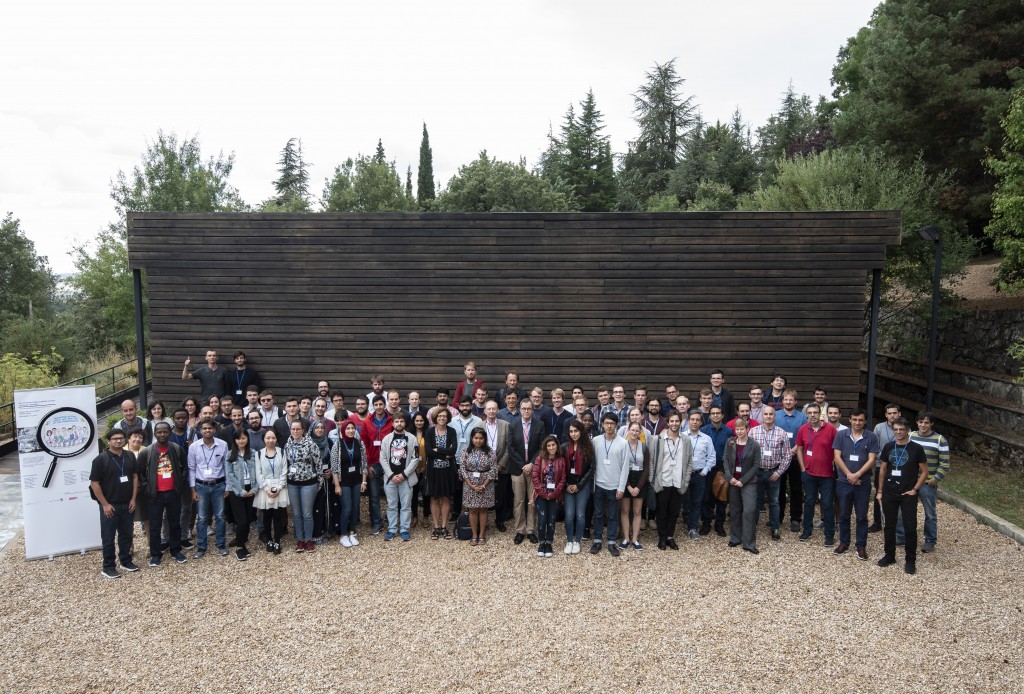 Light is an ideal probe of nature due to the ease of controlling and measuring its properties, which allows reaching extremely high temporal and energy resolution. However, the spatial resolution of photons is limited to the wavelength for most traditional approaches. Over the last few decades, the drive to surpass this constraint and advances in fabrication and characterization techniques have led to the development of the field of nanophotonics, focused on beating the diffraction limit of classical optics. Nowadays, an unprecedented control over light at sub-wavelength scales is possible, which in addition to improved resolution leads to an exceptional enhancement of light-matter interactions. This provides novel mechanisms for the manipulation of the quantum states of light through matter and the quantum states of matter through light, which opens new avenues for the development of materials science and photonic technologies operating at the nanoscale.

The objective of this Nicolás Cabrera Summer School is to provide a general and comprehensive view of the field of quantum nanophotonics, with special emphasis on the physical phenomena which emerge from microscopic strong light-matter coupling. With this purpose, the School will gather a group of leading scientists, both experimentalists and theoreticians, working within this extremely active research area and related topics.

The International Summer School “Nicolás Cabrera”, funded by the BBVA Foundation, deals with current topics in materials science, condensed matter physics, nanophysics and biophysics since 1994. The School is a meeting point for numerous scientists all over the world, who share a few days in Madrid in a particularly pleasant and interacting environment.

The School is organized in the residence “La Cristalera” in Miraflores de la Sierra, a small village in the mountains near Madrid. There will be a welcome reception on Sunday, Sep 9, with lectures taking place from the morning of Monday, Sep 10, until lunch on Friday, Sep 14. Bus transport from Madrid airport and back will be provided on Sunday, Sep 9, and Friday, Sep 14, respectively.

The schedule and abstracts can be viewed online. You can also download the book of abstracts as a pdf. The conference excursion will take us to the beautiful town of Segovia and include a traditional dinner there.