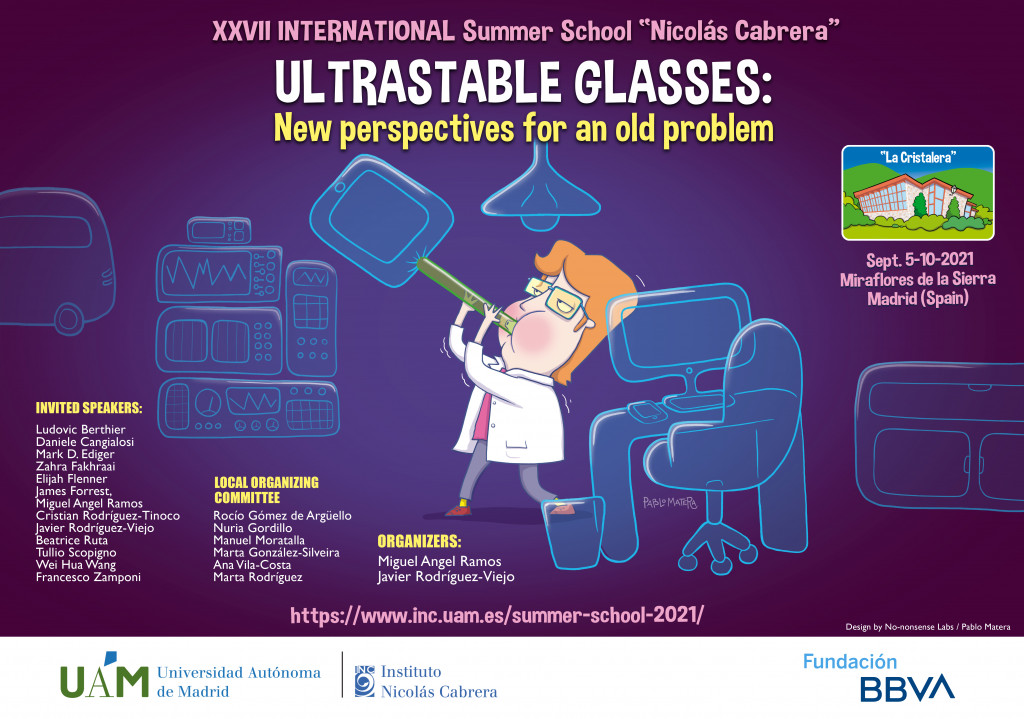 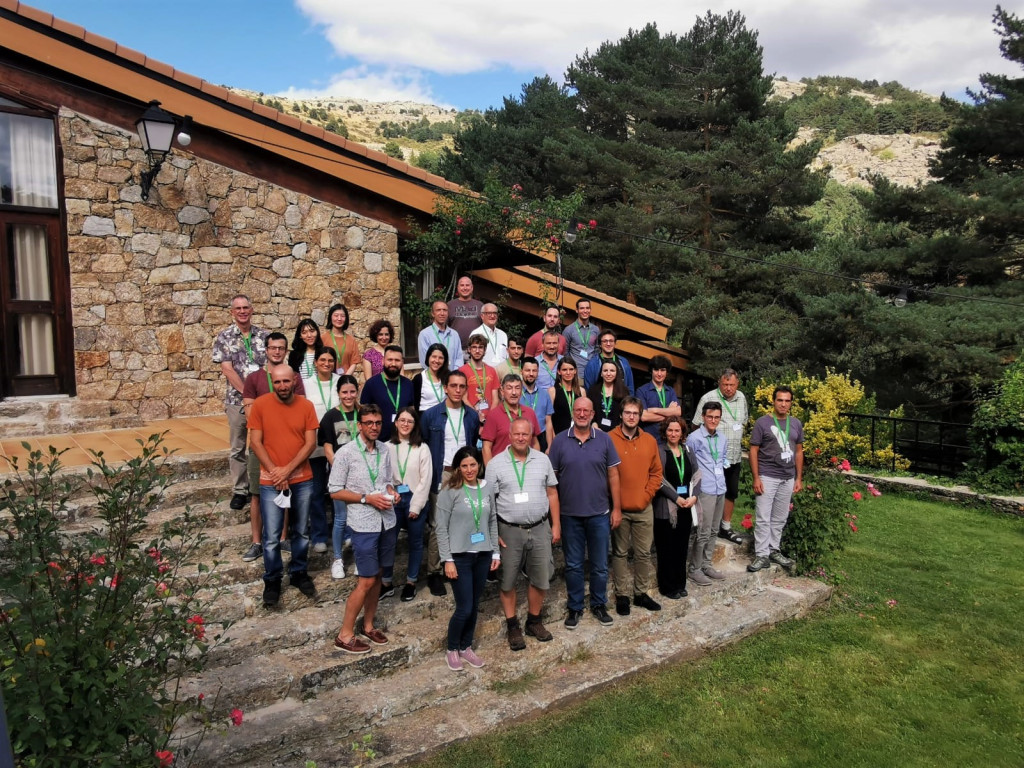 All participants in the Summer School should perform a registration.

Please be aware that the total number of attendees to the Summer School will be limited. There are still some free places, for the moment.

Registration will be open until 20th August, 2021. Besides providing basic data for their stay, all attendees can submit there an abstract of their possible contribution.

Important: For those not pre-registered previously:

The registration fee (500 €) covers attendance to the school, accommodation at “La Cristalera” (5 nights), all meals and coffee breaks, as well as the conference trip and dinner. We will provide some scholarships to cover the full registration fee, especially for younger researchers. Please indicate when registering if you want to request one or not, and you will receive news accordingly.

Glasses are well-known materials since long. However, the nature of the glass state and its physical properties continue to be the subject of vivid debate in the scientific community. In fact, when several leading scientists analyzed the main challenges that should be addressed in the 21st century, it was stated that  “The deepest and most interesting unsolved problem in solid state theory is probably the theory of the nature of the glass and the glass transition” [P.W. Anderson, Science 267, 1615-1616 (1995)]. The main reason why this problem remains unresolved is that two contradictory aspects compete in it and that both play an important role in understanding the phenomenon of glass transition: kinetics and thermodynamics.

One of the most important recent advances in the scientific research of glasses, both experimentally and theoretically, was the discovery of the so-called “ultra-stable glasses” in 2007 by Mark Ediger’s group at the University of Wisconsin, soon followed by other groups. These ultrastable glasses were prepared by Physical Vapor Deposition (PVD) and have differentiated properties of other glasses, such as higher glass transition temperatures, lower water absorption, less aging after thermal treatments, higher density, improved mechanical properties and a long list that make them potentially interesting for new applications. Another interesting type of highly-stable glasses has recently been found in amber glasses geologically aged for more than 100 million years. Besides the great interest in their potential applications, all these extremely stable glasses can be a clue to unravel some of the current enigmas of the vitreous state and the glass transition, such as the possible existence of a first-order phase transition that is masked by the sudden slowdown of the translational motion of the molecules when the temperature decreases.

In last years, the number of research groups interested worldwide in ultrastable glasses and glass stability have increased further, both from experimental and theoretical/computational points of view. Therefore, to organize an INC International Summer School on this hot topic seems timely and most appealing.

The Summer School is mainly focused on:

The School is also open to researchers working on:

The International Summer School “Nicolás Cabrera”, financially supported by the BBVA Foundation, deals with current topics in materials science, condensed matter physics, nanophysics and biophysics since 1994. The School is a meeting point for numerous scientists all over the world, who share a few days in Madrid in a particularly pleasant and interacting environment.

The venue of the School is Residence “La Cristalera” in Miraflores de la Sierra, a small village in the mountains 50 km away from Madrid. There will be a welcome reception on Sunday evening, Sept. 5th, with lectures taking place from the morning of Monday, Sept. 6th, until lunch on Friday, Sept. 10th. A few shuttle buses between airport and the residence will be arranged those days.