Resumen: Recently, a new class of topological states has been theoretically predicted and experimentally observed. The  topological insulators have an insulating gap in the bulk, but have topologically protected edge or surface states due to the time reversal symmetry. Similarly, topological superconductors or superfluids have novel edge or surface states consisting  f Majorana fermions. In this talk, I shall review the recent theoretical and experimental progress in the field, and focus on a number of outstanding issues, including the quantized anomalous Hall effect, quantized magneto-electric effect, the topological Mott insulators and the search for topological superconductors.

The Institute Nicolás Cabrera organizes the conference series “Frontiers of Condensed Matter Physics”, in collaboration with FBBVA. The goals are to inform a broad spectrum of scientists and students about outstanding achievements in Materials Science, and to bring top quality researchers that cross boundaries through unconventional and innovative approaches. The talks are open to researchers of all disciplines and will be accesible to undergraduate students. We also aim at a large participation of young undergraduate students., PhDs and post docs. 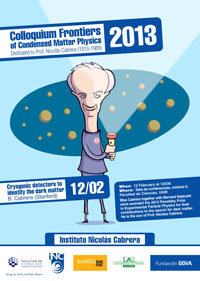 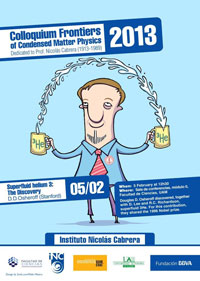 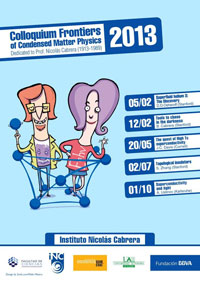 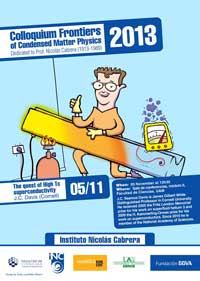 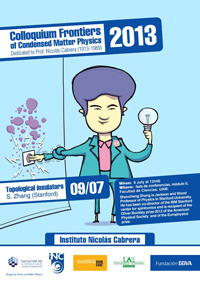 The activity will start on Tuesday February 5 at 12h30 in the conference room of módulo 0 of the Facultad de Ciencias. The first speaker will be D.D. Osheroff, Nobel prize in Physics 1996, who will speak about helium 3 superfluidity.

D.D. Osheroff will also give a public talk where he will speak about “How advances in Science are made at the center of Madrid, in the FBBVA. See also here and video.

This colloquium is held within the activities of the Excellence Campus UAM+CSIC.

More information in the announcement.

Announcement of B. Cabrera’s talk.

Video: B. Cabrera
Cryogenic detectors to identify the dark matter

– First part of the talk

– Second part of the talk 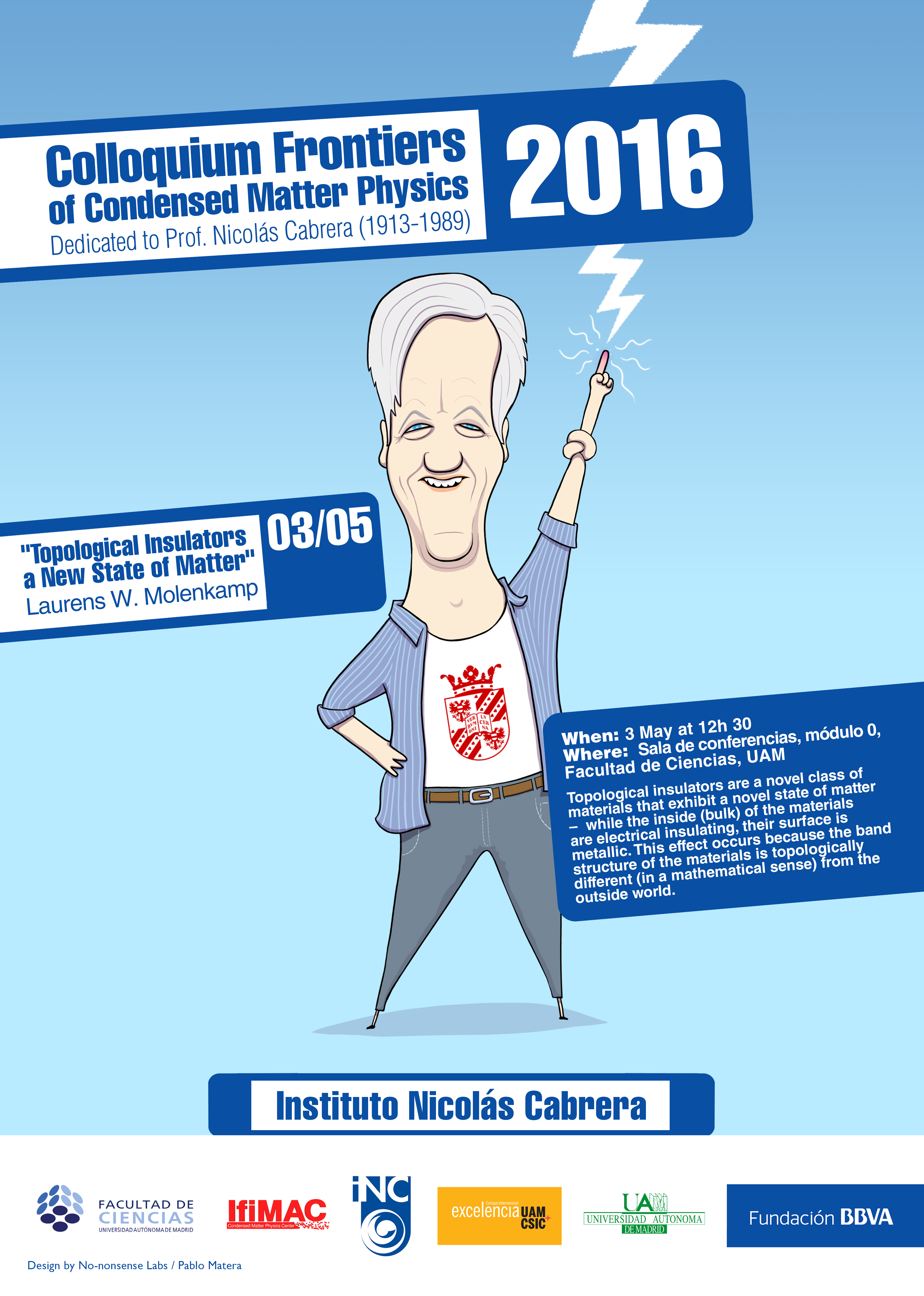 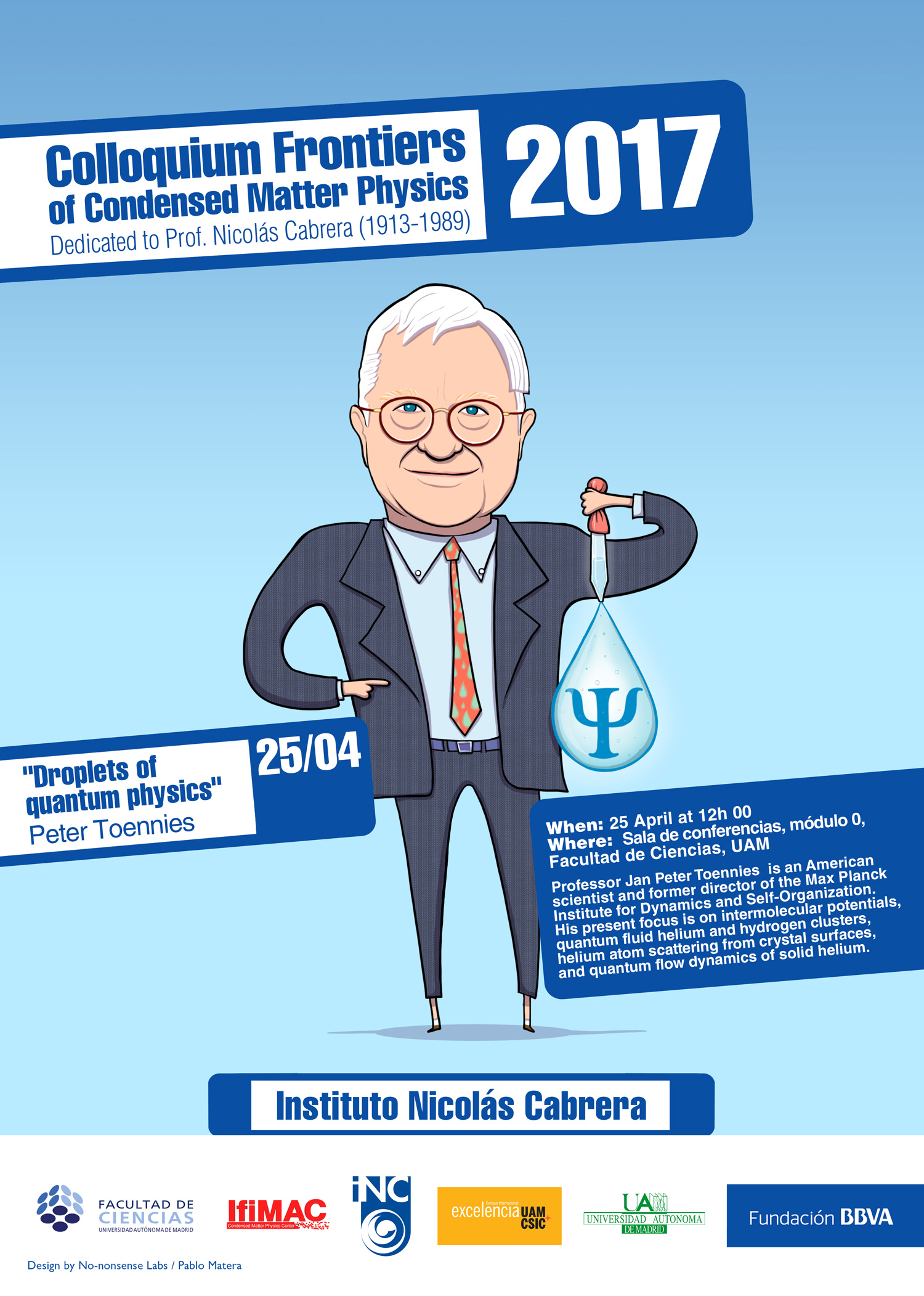 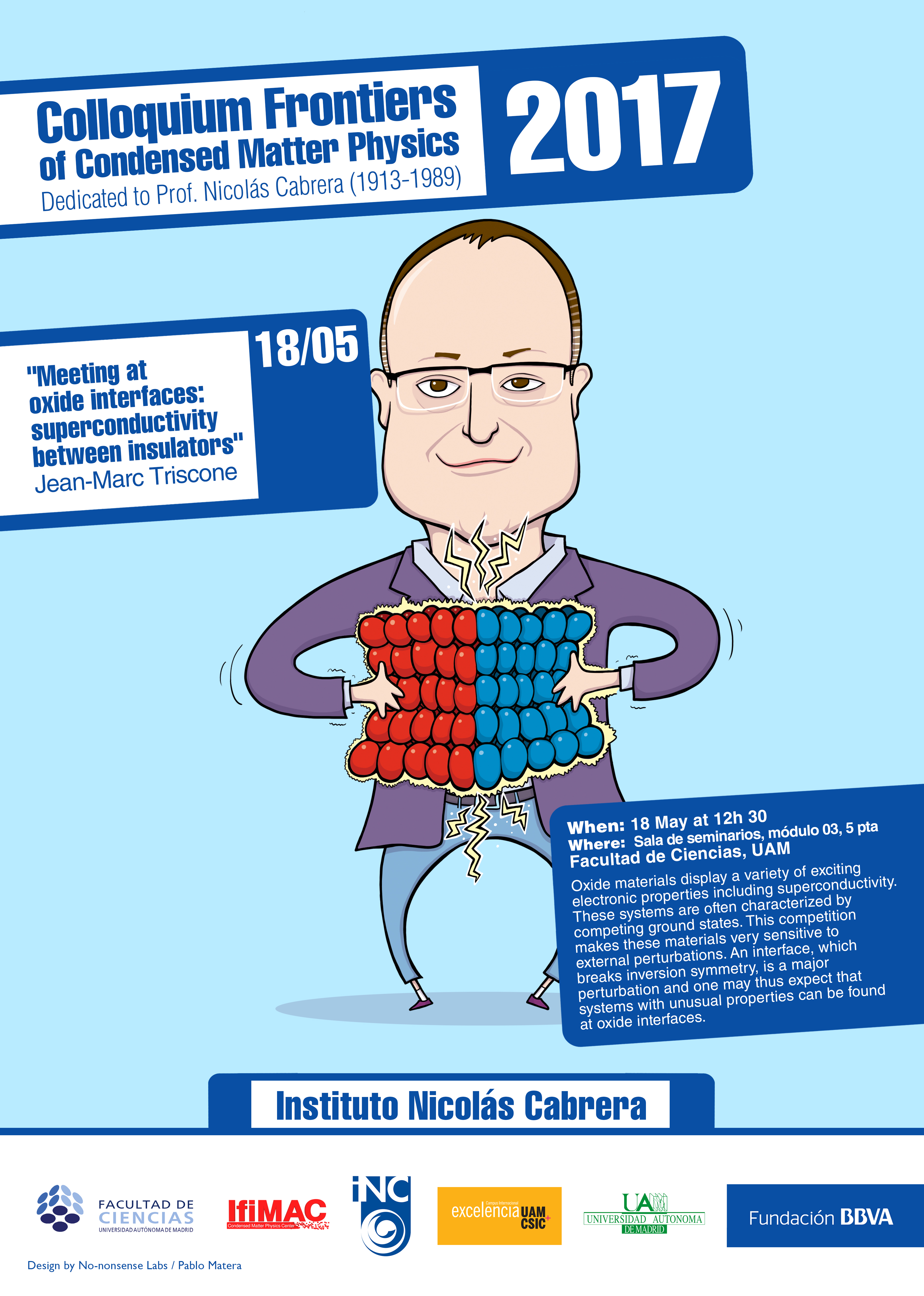 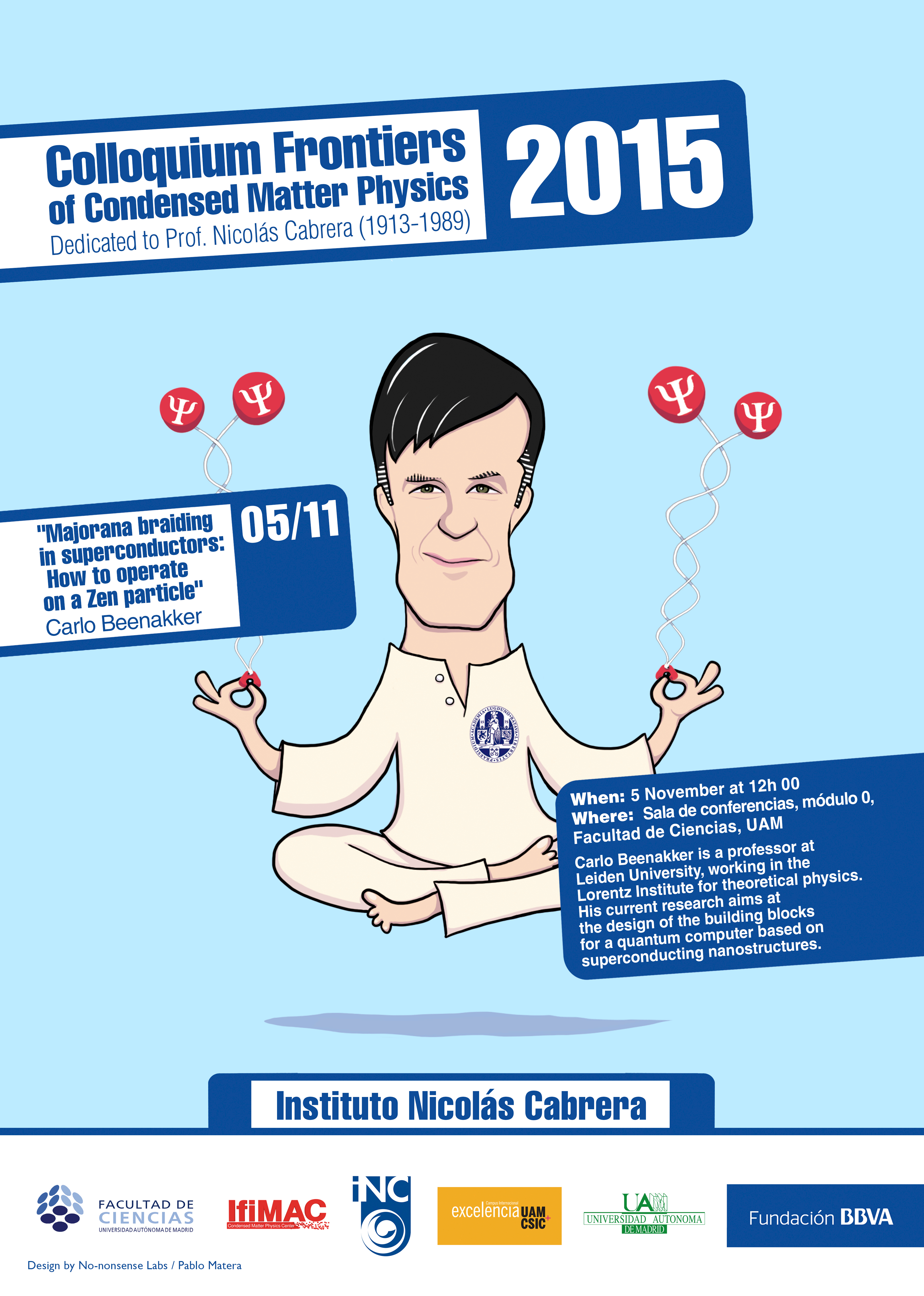 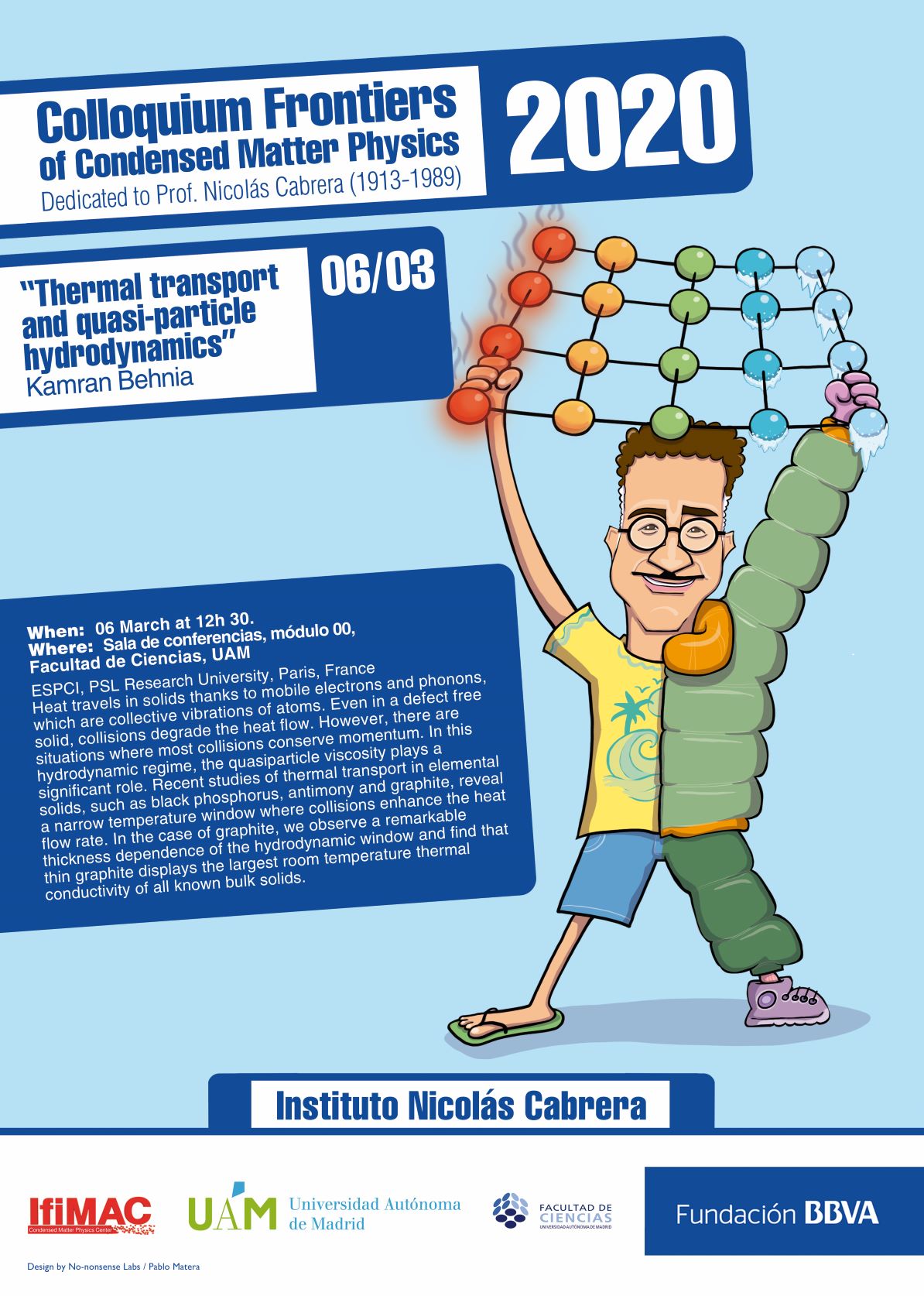